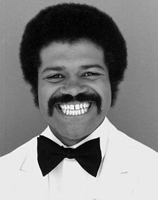 Ted was born on January 5, 1948 in Oakland, California, USA as Theodore William Lange. He is an actor and director, known for The Love Boat (1977), That’s My Mama (1974) and Last of the Romantics (2007). A graduate of London’s Royal Academy of Dramatic Arts, Lange has written twenty three plays and garnered multiple theatrical awards.

This site uses Akismet to reduce spam. Learn how your comment data is processed.