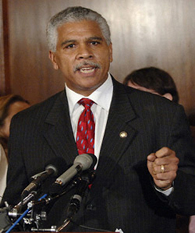 On the show, Mr. Miller and I discussed the history, meaning and use of term “Uncle Tom” by people in this country.

Dr. Kim is from the University of North Carolina. A native of Richmond, Virginia, Dr. Allen graduated with a B.S. in Education and Social Policy from Northwestern University in 1989. For over a decade, she has been both a student of the environmental justice movement and an activist for environmental justice. Dr. Allen will discss the pending bills in the Virginia General Assembly addressing the issue of Stop Virginia’s Restrictive Voting Bills: Stop HB 9 and SB 1 from passing in the Virginia General Assembly.

A native of Hampton, Va., London played defensive back at Richmond from 1979-82. London graduated from Richmond in 1983 with a bachelor’s degree in sociology and a year later received a degree in law enforcement from the Richmond Police Academy, serving as a detective for the street crimes unit from November of 1984 to July of 1989. The Dallas Cowboys signed him as a free agent in 1983.

Curly Neal, the original ambassador of basketball and one of the most popular players in Globetrotter history, serves as the Director of Special Projects for the Orlando Magic, Public Relations for the Harlem Globetrotters and Spokesperson for Siemens Corp.

Mr. Moran will discuss recent political developments in Virginia, the 2012 race for the US Senate seat and the future of the party in Virginia.